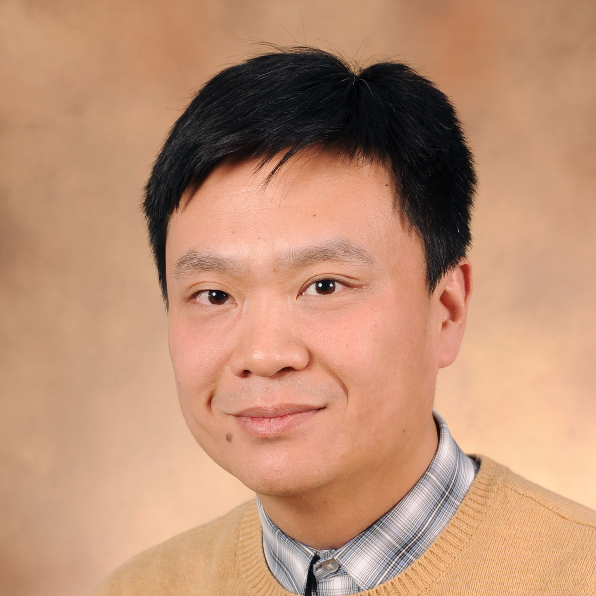 Our research group focuses on understanding receptor-mediated biological processes involved in cancer development. Involvement of membrane receptors, such as G Protein-Coupled Receptors (GPCRs) in cancers has been extensively documented. Recent advances in the use of structural biology to characterize the behaviors of these receptors enable detailed characterization of receptor signaling as well as effective development of therapeutic agents. Orphan GPCRs are highly expressed in cancer cells. One of our research focus is on the deorphanization and characterization of orphan GPCRs. Our second focus is to use high-throughput screening approaches to identify compounds/antibodies that selectively stabilize receptors in specific conformations to facilitate crystallization and structure determination.

The general approach to address these scientific questions is built upon the top-notch technology for membrane protein structural determination, Lipid Cubic Phase (LCP), which is directed toward the understanding of membrane protein (mainly GPCRs) molecular pharmacology, the conformational changes of membrane proteins following ligand binding, and specifically, the phenomenon of biased ligand signaling where compounds with subtly different chemical structures may induce differential downstream signaling and distinct pharmacological effects.

Wei Liu joined the School of Molecular Sciences and the Biodesign Institute at ASU in 2015. He came to ASU from the Scripps Research Institute and The Ohio State University, where he spent over a decade developing new tools for studying the structure and function of membrane proteins with a focus on GPCRs involved in cancer.

Professor Liu earned his doctorate in biophysics from The Ohio State University in 2007 under the mentorship of Professor Martin Caffrey, which ignited his passion for studying membrane proteins and developing lipidic cubic phase (LCP) technology.  He then joined the lab of Professor Raymond Stevens and Professor Vadim Cherezov at the Scripps Research Institute where he played a critical role in solving the first high-resolution structure of human adenosine A2A receptor with a novel fusion protein (BRIL) at 1.8 angstrom resolution, by far the highest resolution of all human membrane protein structures and was highlighted by Science Magazine. The scientific insights and technical advances from this initial work were used by Professor Liu and colleagues to solve the structures of 10 additional unique human GPCRs. These structures have enhanced our understanding of how GPCR folding has evolved to bind such a large and diverse pool of natural ligands.

More recently, Professor Liu has applied his LCP crystallization methods for studying GPCRs using X-ray free electron lasers (XFEL), which does not require sample freezing, has the potential to minimize radiation damage (if any) during data collection due to the ultrashort (femtosecond) pulse duration, and only requires relatively small crystals making it much more accessible for many GPCRs recalcitrant to crystallization. He solved the first human membrane protein and GPCR structure using XFEL, the human serotonin 5-HT2B receptor. His growing body of work now encompasses over 40 peer reviewed publications, including 16 in Nature, Science and Cell journals with over 6000 citations.