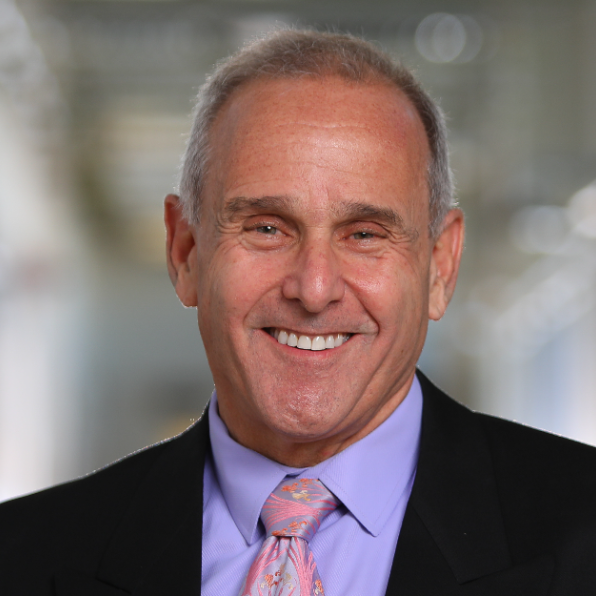 The successful future of medicine will depend on ensuring that patients are managed with treatments that are appropriate for each individual, a concept referred to as personalized medicine. In the 18th century a physician's diagnosis was often a restatement of the symptom, for example a patient was diagnosed with "the colic" or "the diarrhea." Advances in medicine in the 20th century led us to recognize that there were underlying causes that resulted in the same symptoms. Diarrhea could be caused by an autoimmune phenomenon, like inflammatory bowel disease, or it could be due to an infection like cholera or shigella. Treatments, which are best directed at the cause, would obviously be quite different for autoimmune disease and infection. Now, in the 21st century, molecular medicine is teaching us that what we thought of as single diseases only a few years ago comprise many different molecular variants. What was once simply breast cancer is now recognized to be more than a half dozen different diseases. Each responds differently to a given therapy and carries a different prognosis. To best manage patients, personalized medicine rests on two broad and equally important pillars. First, it relies on novel therapeutics that are tailored to treat the specific molecular causes of each individual disease. Academic and pharmaceutical company laboratories are working hard at defining these individual pathways. Second, diagnostic tests are needed to quickly identify the specific disease an individual has and which treatment would be most appropriate. The two approaches are mutually dependent. A specific therapy only makes sense if there is a test to tell patients if they will benefit from it.

Broadly, our laboratory is interested is using a multidisciplinary approach to discovering new tools that will help advance the cause of personalized medicine (Figure 1). The completion of the human genome project signaled the start of a dramatic acceleration in the pace of biological research. With the application of large scale and high-throughput approaches, biology embraced a new era of technology development and information collection. One of the most compelling next steps has been learning the functional roles for all proteins. We base our work in the high throughput study of proteins, a next generation field called proteomics. Proteins provide the verbs to biology; they are its engines and its bricks and mortar. Most human disease is the result of protein dysfunction and nearly all drugs either act through proteins or are themselves proteins.

We initiated a project to create a sequence-verified collection of full-length cDNAs representing all coding regions for the human and several model organisms in a vector system that is protein expression-ready. By using a recombination-based vector system, users are able to execute the automated transfer of thousands of genes into any protein expression vector overnight. This repository, called the FLEXGene Repository (for Full-Length Expression-ready), enables the high-throughput screening of protein function for the entire set (or any customized subset) of human genes using any method of in vitro or in vivo expression. Our FLEXGene Repository has been built using an "open source" technology and is available to all biologists. Our projects engage a wide range of tools from molecular biology, biochemistry, software engineering, informatics, medicine, chemical engineering, cell biology, database development and robotics in order to understand the functions of proteins and how they dysfunction in disease. Our strategy promises not only to improve therapeutic care by ensuring that patients are treated with right medicine for them, but also to greatly reduce the unnecessary side effects, the cost and the lost time of treating patients with therapies that are unlikely to be successful.

A powerful way to study protein function in vitro is through the use of protein microarrays. Protein microarrays display proteins in high spatial density on a microscopic surface. They can be used to test a variety of functions of many proteins simultaneously including interactions with other macromolecules, functional activity, and their suitability as substrates of enzymes. Historically, these arrays have been produced by expressing and purifying proteins, which are then printed on the array surface. However, many challenges accompany this approach including the difficulty in purifying many proteins, a dynamic range in yields that spans several orders of magnitude (which is reflected in the widely varying amount of protein displayed on the array surface) and the danger or proteins becoming unfolded during the many manipulations, such as purification, storage and printing.

To avoid these challenges and to produce the most functional arrays possible, we have developed a novel protein microarray technology, called Nucleic Acid-Programmable Protein Array (NAPPA), which replaces the complex process of spotting purified proteins with the simple process of spotting plasmid DNA (Figure 2). Our technology exploits the ability to transfer protein encoding regions

(open reading frames; ORFs) into specialized tagged expression vectors. These new expression clones are then spotted on the array and the proteins are then produced in situ in a cell-free system and immobilized in place upon their synthesis. This minimizes direct manipulation of the proteins and produces them just-in-time for the experiment, avoiding problems with protein purification and stability (Science. 2004 305:86). A next generation method for these arrays has been developed that allows thousands of proteins to be produced simultaneously in situ, and with remarkably consistent protein levels displayed (Nat Methods. 2008 5:535).

The power of this approach is that by expressing many proteins on a single array, it is possible to test the function of many proteins simultaneously. In our laboratory we use NAPPA technology to explore several biological questions including: 1. Identifying autoantibody biomarkers in sera that can be readily used for the detection of cancer, such as breast cancer, ovarian cancer, prostate cancer, and lung cancer. 2. Identifying novel autoantibodies for Type I diabetes by serological screening of diabetic sera against a 6000+ library of human antigens. 3. Developing a better vaccine against B. anthracis. 4. Screening human serum in order to find antibodies against specific pathogens such as Pseudomonas aeruginosa and V. chlorea to identify immunogenic proteins as a first step towards developing an effective vaccine (Figure 3).

There is a strong interest in our group in developing next generation applications for protein microarrays. One such project uses NAPPA to look at kinase activity. The human kinome contains more than 500 proteins well known for their importance in normal cell physiology and for their role in many diseases. Many kinases printed on NAPPA retain their kinase activity and can be used to test the IC50 of drugs used to inhibit them. This method may provide a high throughput rapid approach for evaluating drug selectivity as well as structure activity relationships.

A second project involves coupling two technologies, NAPPA and surface plasmon resonance imaging (SPRi), to create a high-throughput platform to detect and characterize a variety of protein interactions using a label-free detection system that is sensitive, quantitative and provides information on binding kinetics. We have developed new chemistries for NAPPA compatible with a SPRi device that has been adapted to be compatible with protein microarrays and detecting multiplex binding events. This method allows for real time and label-free detection of binding events for multiple proteins simultaneously, making this the first approach that will allow the simple determination of strength and selectivity of binding at scale. This technology has potential to revolutionize the study of protein interaction networks by enabling quantitative comparisons of binding affinities across many molecular species, as well as determining the kinetic data of interactions pathways.

We also have a strong interest in the high throughput study of protein function in vivo using cell based assays. Our large collection of full length gene clones can be employed in the ectopic expression of proteins in cells. We also have a complete collection of shRNAs that target human genes, allowing us to knock down expression of virtually any gene of interest. Both ectopic expression and RNAi are introduced into cells using retro and lenti-viral vectors, allowing us to target virtually any cell type of interest. By coupling these tools with state of the art robotics, high throughput screening studies are executed to look for proteins that alter cellular phenotypes.

One example of this approach focused on identifying and characterizing genes that regulate critical events involved in the progression of breast cancer and in understanding the development of resistance to anti-estrogen drug treatment. We have produced several matching drug sensitive and resistant breast cancer cultured cell lines that we used to find proteins that can make a drug sensitive cell become resistant. We used our clone collection of more than 500 human kinases in high throughput unbiased screens to identify 29 kinases that confer drug resistance on sensitive MCF7 subclones in repeated screens. This research has the potential to find genes that are involved in breast development and resistance to hormonal treatment in breast cancer. We hope that defining the gene pathways that are responsible for drug resistance will lead to combined treatments that will more effectively treat resistant cancers.

Dr. Joshua LaBaer is one of the nations foremost investigators in the rapidly expanding field of personalized diagnostics. His efforts focus on the discovery and validation of biomarkers  unique molecular fingerprints of disease  which can provide early warning for those at risk of major illnesses, including cancer and diabetes. Formerly founder and director of the Harvard Institute of Proteomics, Professor LaBaer was recruited to ASUs Biodesign Institute as the first Piper Chair in Personalized Medicine in 2009. The Virginia G. Piper Center for Personalized Diagnostics has a highly multidisciplinary staff of molecular biologists, cell biologists, biochemists, software engineers, database specialists, bioinformaticists, biostatisticians, and automation engineers. His group applies open reading frame clones to the high throughput (HT) study of protein function. In addition, his group invented a novel protein microarray technology, Nucleic Acid Programmable Protein Array, which has been used widely for biomedical research, including the recent discovery of a panel of 28 autoantibody biomarkers that may aid the early diagnosis of breast cancer. He was named executive director of the Biodesign Institute in March 2017. Dr. LaBaer earned his medical degree and a doctorate in biochemistry and biophysics from the University of California, San Francisco.  He completed his medical residency at the Brigham and Womens Hospital and a clinical fellowship in oncology at the Dana-Farber Cancer Institute, both in Boston. He has contributed more than 150 original research publications, reviews and chapters. Dr. LaBaer is an associate editor of the Journal of Proteome Research, a recent member of the National Cancer Institutes Board of Scientific Advisors, chair of the Early Detection Research Network Steering Committee and recent president of the U.S. Human Proteome Organization.