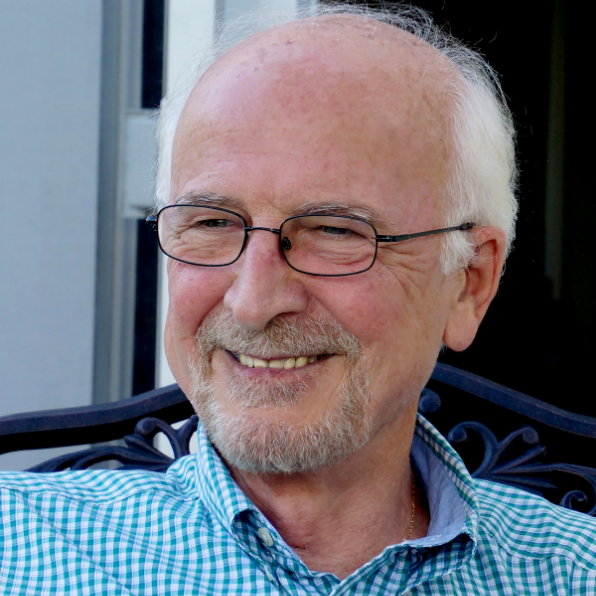 George Stephanopoulos joined ASU in January 2018 and holds a joint appointment as professor at the School of Molecular Sciences and the School for Engineering Mater, Transport and Energy at Arizona State University. He is also the Arthur D. Little Post-Tenure Professor of Chemical Engineering at the Massachusetts Institute of Technology (MIT).

His research and teaching interests have covered many aspects of process systems engineering, such as: process synthesis; process modeling and analysis; process optimization; process operations modeling, analysis, diagnosis, and control; process operations scheduling and planning. His systems engineering interests led him into a variety of other types of systems, addressing research issues related to the design, analysis, control, optimization of the corresponding systems:  networks of chemical or biochemical reactions; integrated manufacturing systems within the scope of a national economy or corporate business; city traffic networks and intercity transportation networks; systems approaches to the design and manufacturing of products; and process systems engineering for integrated nanoscale processes.

He received his diploma in chemical engineering from National Technical University of Athens in 1970, and his M.E. from McMaster University in 1971. During 1971-74, he worked with Art Westerberg at the University of Florida on his doctorate. He then joined the University of Minnesota as an assistant professor of chemical engineering. He was promoted to associate professor in 1977 and professor in 1981. In September of 1980, he took on a chaired professorship at his Greek alma matta and taught there until January 1984, when he joined the faculty at MIT; first as the J. R. Mares and then as the A. D. Little Professor of Chemical Engineering. During 2000-02, he took a leave of absence from MIT and was appointed chief technology officer and managing executive officer of Mitsubishi Chemical Corporation (MCC). Upon his return to MIT, he continued as managing director, member of the Board of MCC until 2005.

He is a member of the National Academy of Engineering (1999), Foreign Member of Russian Academy of Technological Sciences (1991), and a fellow of the American Academy of Arts and Sciences (2012). He received an Honorary Doctor of Science degree from McMaster University (2002). In 2009 he received the Ragazzini Award, of the American Automatic Control Council (AACC), 2009. He is a fellow of American Institute of Chemical Engineers (AlChE) and has received the Walker (03) and Colburn (82) awards. He was also the 2003 AIChE Institute Lecture and one of the 100 Chemical Engineers of Modern Era. He received the 1993 Computing in Chemical Engineering Award, from AIChEs CAST Division. He has also received the C. McGraw Award for Research from American Society for Engineering Education (86) and the 1977 Dreyfus Teacher and Scholar Award. The journal Computers and Chemical Engineering selected his papers twice for the Best Paper Award (1987, 1992). He has given honorary lectureships at Princeton University (Wilhelm Lectures, 2009); ETH-Zurich (Stodola Medal Lecture, 2009);  Univ. of Delaware (Gerster Lecture, 2004); Imperial College (Sargent Lecture, 2000); Carnegie Mellon (2000); Purdue Univ. (Kelly Lectures, 1999); Univ. of Oklahoma (Fair Lecture, 1999); Rutgers Univ. (Merck Distinguished Lecture, 1992); CCNY (Katz Memoral Lecture, 1989); Univ.of Newcastle (The ICI Distinguished Lecture, 1988); Univ. of Bologna (Distinguished Lecturer for the 900th Anniversary, 1988); Caltech (The Dreyfus Lectures, 1982), and others.

Stephanopoulos has authored/co-authored seven books and co-edited eight.  He is co-author to more than 210 papers.