“The Brain Explained” was the third event of “A Sip of Science,” a new community dialogue hosted by the Biodesign Institute at Arizona State University. It brings leading scientists to restaurants around the Valley to speak with the public over drinks and appetizers. Coleman and Mastroeni are research faculty at the ASU-Banner Neurodegenerative Research Center at the Biodesign Institute.

“By the time we are 80 years old, we have a 50 percent chance of getting some kind of dementia, so you can see why the kind of research Paul and I are doing is so important,” Mastroeni said. “The work that we do is not just research. It is very passionate research.”

Mastroeni began the discussion explaining why he studies Alzheimer’s. “My best friend growing up was my grandfather,” he said. Mastroeni has a poignant memory  of having to place his beloved grandfather into a nursing home when Alzheimer’s made it impossible for his grandfather to function without assistance. “As a 16 year old boy, I knew this was what I was going to do for the rest of my life. I would try to figure out a way that no other son or daughter would ever have to take their father, mother, sister or brother into a facility like I did.”

Coleman and Mastroeni highlighted new ideas to detect Alzheimer’s early and potentially treat the disease. They shared tips that could reduce the risk of getting Alzheimer’s or dementia, like a healthy diet, regular exercise, and getting involved in new activities as you get older to build new pathways in the brain.

Mastroeni explained that doing crossword puzzles and playing bridge can be a great start, but not if it’s every day. “The idea is to regularly introduce something new in order to build neural pathways. Painting, woodworking, chess, dancing, yoga and birdwatching are worth considering.”

Three more science chats will be held at restaurants in Camelback, Downtown Phoenix, and Chandler through May. They cover topics from cancer to cybersecurity and more information can be found on the Biodesign website. 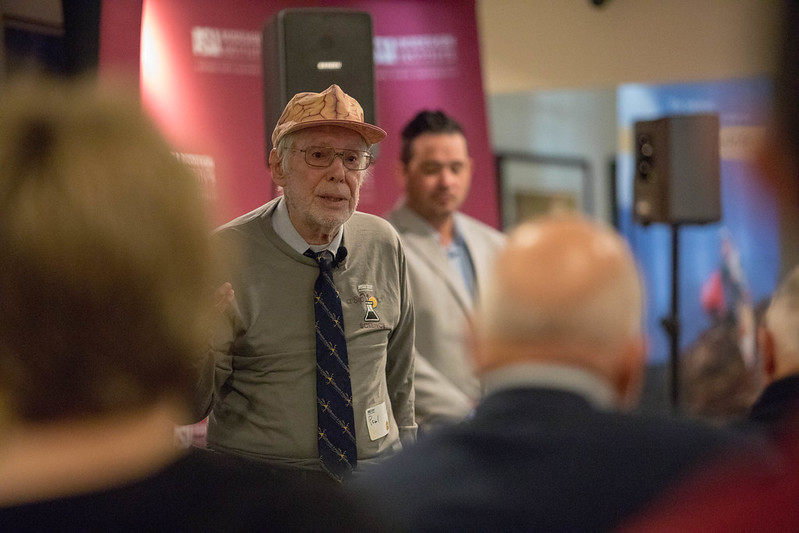 Getting personal: Alzheimer’s research across ASU is fueled by knowledge and life experience

A New Approach to Cancer Treatment Draws Lessons From Darwin